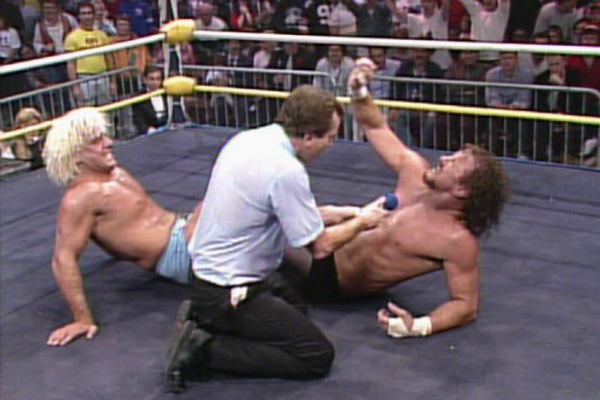 On the second episode of Breaking Kayfabe with Jeff Bowdren, Jeff & his guest John McAdam discuss more matches that were included in Jeff’s list of the Top 100 Matches Of The 80’s, including:

….plus Jeff and John take an early look at the college football season!